When I first heard about MØ I was very sceptical I have to admit. I thought that the name was weird and that this “Ø” letter is not very marketable, doesn’t work for hashtags and many people – me included – can’t find that on their keyboard and have to copy paste it every single time.

But having said that, I love love MØ’s “Final Song“. If you don’t know it, y’all need to check this one out because it’s such a good song.

Just a couple of minutes ago I stumbled upon MØ’s cover of Rihanna’s “Love On The Brain” which is one of my favourite songs on the new album and immediately needed to share this with you! If you’re a (pop) music lover I promise you that you’ll enjoy this one! Have a good Sunday everyone!

A couple of days ago I shared my obsession with Britbrit’s baby sister Jamie Lynn Spears and her documentary “When The Light’s Go Out”. If you’ve missed this post you can go check it out here and watch the movie. But thinking about Jamie Lynn Spears brought me back to Britney today.

Did you guys know that Britney paid a visit to James Cordon’s Carpool Karaoke? To be honest I’m not a huge fan of James Cordon, since he makes a very self-involved impression, but obviously we all love Britney, duh! Unfortunately you can’t really hear her sing since Cordon’s voice is overshadowing Britbrit’s tiny baby voice for most of the time, but it’s worth checking it out anyway.

How’s she really doing these days?

It’s hard to tell how somebody’s really doing judging by interviews. With a normal person you’d probably be able to draw some information form a conversation but it’s obvious that Britney who grew up in the lime light is a total professional when it comes to sharing information about herself. Nevertheless we’re all routing for her and her success.

Britney Spears documentary “Workin’ it” from 2014

If you’re as obsessed as I am with Britney I know that that wasn’t enough for you. So to feed you appetite go watch this 2014 Britney documentary that sums up her tumultuous life story pretty well. So go and fresh up your memory! We almost all forgot about Jason Alexander her high school sweetheart who she married in Las Vegas, didn’t we?

What’s more you’ll get the proof that Justin Timerlake was a douche bag even back in the N’Sync days and you can listen to random people talking details about Britney’s life wich is kinda relaxing too yet uncanny if you think too much about it, but let’s just don’t.

In my freetime which has become slightly narrow by now I love to watch random youtube videos. And this documentary about Britney Spears’ baby sister was especially intriguing. I mean have you ever thought about how life must be for Jamie Lynn Spears? That girl went through a lot. Besides the fact that she’s the baby sister of the world’s biggest mega star, she was an upcoming star herself when she was a teen, until she got pregnant at age 16. All of a sudden she literally disapeared and went on living quietly as a mother. But now she’s coming back, telling the whole world her side of the story in her new documentary “When the lights go out”. Watch this!

Remember back in March 2015, almost one year ago, I wrote this article on James Bay shortly after I discovered his music by incident. I named the article “Will James Bay be the biggest shooting star in music this year?“. And even to this day I think I was right with my forecast, although this year’s Grammy for best new artist went to pop star and songwriter Meghan Trainor.

When it comes to awards I guess you still need to remind yourself that it’s just a decision based on a certain group of people with a specific taste. Meghan Trainor is also undoubtably one of the biggest break out stars of last year with amazing pop music writing skills and a good voice, but having said that to me there’s just no comparison to the greatness of what James Bay is capable of musically and technically. To me his songs are way more captivating, emotional and relatable. Also I read in a lot of blogs and youtoube comments that the majority of people were rooting for Tori Kelly, also an up and coming musician who first found fame on season 9 of American Idol. Did you see her and James Bay’s Grammy performance? I’m gonna post it below so you can watch it if you haven’t seen it yet.

This link probably won’t be online for too long so be quick and watch the performance starting at minute 02:00!

So what do you think of it? Tori Kelly is a beautiful and talented girl and I admire her drive and compassion, because it’s definitely not easy to be cut at a stage of a competition show just before you enter the group of finalists on American Idol and not be defeated and continue trying to fight for your career in music and as a singer, but I gotta be honest with you guys to me she just can’t compete with James Bay and at the end of the performance I as a watcher was left with the feeling of a screaming battle rather than a singing duett. Anyway, I get that the grammy people wanted to create an iconic and unique moment in music history, but all I’m saying is that I think he would have sounded better if he just were alone, that’s all.

Today I stumbled accross this great feature of James Bay including an interesting and informative interview with the British singer. Eventhough we already know he didn’t win the best new artist Grammy, it’s still worth watching!

Slaayyy TayTay slayy!! That’s the first thing that came to my mind after watching her acceptance speech. I’m sure you’ve read it on the news that Kanye West called Taylor Swift a “Bitch” in his new song “Famous”. Well seems like Kanye should have picked another battle since Taylor is one fierce and unapologetic pop star who knows how to get back at the rapper.

While accepting her second “Album of the Year” Grammy in a row Taylor seized the moment to share some empowering thoughts with the world.

Without mentioning Kanye West’s name she stated the following “And as the first woman to win Album of the Year at the Grammys twice, I want to say to the young woman out there, there are going to be people along the way who try to undercut your success or take credit for your accomplishments or your fame. But if you just focus on the work and you don’t let those people sidetrack you, someday when you get where you’re going, you will look around and you will know it was you and the people who love you who put you there, and that will be the greatest feeling in the world.”

So, I guess it’s your turn now Kanye! What’s good? What’s he gonna do next? I’ll be following the story for you! Watch Taylor’s whole acceptance speech below and let me know what you think! Are you team TayTay or team Kanye?

If you’re Beyoncé fan I’m sure you know that she’s been a member of the girl group Destiny’s Child. Through the years there have been some changes in the group and eventually they ended up being a trio, before Beyoncé went on to conquer the music industry by herself. Farrah Franklin used to be a member of the group for six months and a youtuber named djvlad offered her a platform to tell her version of the story and set the record straight.

In this case I’m not taking any side for nobody, but what I will say that if it was true that Beyoncé and her father stepped on other people in order to push Beyoncés career, I wouldn’t be surprised. I assume that you have to be a cut-throat kinda person to be able to get to the position where she’s now and most importantly to maintain in that status.

Anyway, here’s the interview with Farrah Franklin. Whatch it and share your opinion with me in the comments section!

Who knew that Adele was such a funny person! Take a look at her car Karaoke session! Hit it!

In this brand new performance of “Blank Space” Taylor Swift dishes all the reasons that inspired her to write the smash hit and explains that the media who created this alleged fake maneating persona about her and so she went along with that played with that image.

Hands down, it was a very smart move of her to use that negativity about her persona and by mocking her own image at that time she totally refuted her man collecting reputation and at the same time made hell of a lot of money. At the same time she also proved that yet again she’s a very skilled singer songwriter with a lot of confidence. But does this confidence translate in the right way? I don’t know. You be the judge! Roll it!

What’s your favourite song off of 1989? Let me know in the comments below!

Taylor Swift is living her dream, but her way up the career ladder wasn’t always easy. Recently I stumbled upon this insightful interview with Taylor where she teams up with Apple Music and talks about her career goals, her current life and her aspirations. There are several reasons why I think you might be interested in watching this video: I never knew how hands on she’s always been about basically shaping her career to what genre she’s focussing on and what would be the next logic step to take at the different stages in her career.

And you can say what you want about this girl, but in this interview it really becomes clear that she’s always wanted to have this career more than anyting and to me she deserves everything she’s worked for. Imagine that crazy life where you have to hide under a towel because you’re being chased by a helicopter with paparazzi’s who want to get a shot of you.

Another interesting topic is where Taylor adresses her relationship with Apple and gets candid about her open letter that she published earlier this year. Last but not least it’s fascinating how aware she is about her public appearance and thinks about how it’s inevitable that people get sick of celebrities at some point.

Are you team Taytay? What’s your opinion about Taylor Swift and her career choices? Sound off in the comments section and let me know! 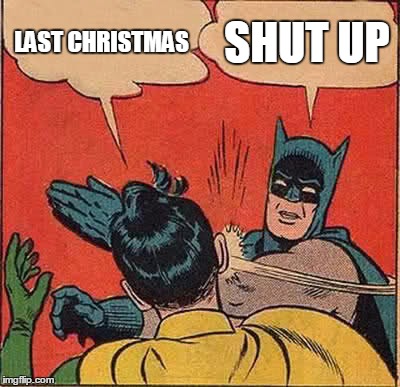 Let’s face it – by now you’re probably tired of the many  popular Christmas songs like “Last Christmas” or “All I Want For Christmas”. So what can you do about it if you can’t hear those tunes anymore, but still want to enjoy the holiday spirit with your beloved ones?

Well here’s a list of Christmas songs, that you’ve probably never heard before in your life. Click through the list, that is in no particular order and then you can decide if you want to mix this year’s Christmas up with some new tunes or rather just stick with the classics. Anyway, happy holidays!

Pentatonics – That’s Christmas to me

Working in the creative space has always been the force behind my projects. There's so much life behind every form of artistry that just makes me want to know more, question more and explore more. Follow me on my very personal journey to find out more about the art of life and its vivid personalities working in the creative fields.